BookBuzzr released their list of the Top Books for May 2012.  BookBuzzr is also presenting “The Summer Romance Festival – A Celebration of Romance Books.” June 25 through July 31 Click here to learn more.

According to Pixar, there are 22 rules of story telling. Read the entire article here.

Ash Krafton is a sponsor in Night Owl Reviews Summer Web Hunt–a scavenger hunt for readers who like to win. Be sure to stop by the blog for your chance to win prizes in the bonus New Follower Giveaways.

Do you project yourself into your writing? Go here to read Everybody’s Shy.

Luminors. Vampires. Blood Keepers. Shifters. The Prophecy. The Chosen One. Gryphons. The Beehive. All this and more in Brook Ellen West’s</strong The Blood Keeper’s Prophecy, book 1 of the Contego Trilogy. You can read a teaser at this link.

Allan Krummenacker’s blog has earned him another award. Read more about his latest accomlishment.

Marj McRae’s new book The King’s Favourite, sequel to the acclaimed Not a Man, is now available for download on both Smashwords and Amazon.

Ciara Gaultintroduced author Gerry McCullough to read at the opening of Belfast Book Festival, 2012 at Whiterock Library in Belfast. Click here to view a photo.

My News for the Week:

Here is your chance to win The Cruiserweight’s Daughter for free during BookBuzzr’s Summer Romance Festival now running through July 25.

Cougars and Studs 3: Men on the Hunt ranked #92 in Fiction/Erotica on Amazon’s rankings June 11. 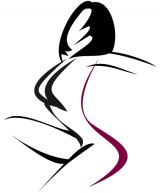 Adriana Hunter is a Canadian author, wife and mother. Her stories run the gamut, from romance, fantasy, paranormal to captivating stories of medieval nights, and adult fairy tales.

All of her works can be found on both Amazon and Smashwords.

The management of That Right Publishing has had a busy week reloading old Night books to That Right or Taylor Street (depending on the situations).

If they haven’t issued new contracts yet, That Right plans to begin doing such next week and will also make sure to push a new Amazon button to publishing books across all Amazon sites while in the process.

The latest information is that the old Night Publishing will be parked so there may not be such a rush after all, but That Right management wants the new structure in place by the end of next week.

Your patience is appreciated.

Click here to visit the new That Right Publishing showcase web site. Keep in mind it is not yet completed due to the changeover from Night Publishing.

Here are the the lists of the top BookBuzzr books for the month of May 2012:

Author Tim Kreider paints an earnest yet humorous portraits of many life experiences in his new book We Learn Nothing: Essays and Cartoons (Free Press, 2012).

Kreider spent fifteen years as a political cartoonist, developing an avid cult following. In We Learn Nothing, he confronts life’s knottiest and intimate issues via a collection of essays and cartoons. He expresses thoughts some of us aren’t brave enough to openly discuss with flair and wisdom.

From etiquette of “unfriending” Facebook friends to drinking to unrequited love to being outed as a “moby” during a Tea Party rally, Tim Kreider gives a no-holds-barred perspective with eloquent language.

If readers learn at least one thing from We Learn Nothing, it’s channeling our darkest fears of the human race while appreciating Kreider’s hilarious, yet brutal honesty approach – from a neck stabbing which nearly killed him to outlining differences between romantic gestures and outright stalking.

There’s lessons to learn from We Learn Nothing, yet the book is a delightful read that makes us all think.

Do you still stand for no censorship? We fought Paypal this past March and won. Now No Boundaries Press is being asked why they allow certain books on their site as a vendor. You can read more details here.

Shevi Arnold’s latest YA novel Ride of Your Life is now available on Kindle as well as Nook and the iBookstore.

‎I’ve Been Deader by Adam Sifre is now with Taylor Street Publishing There’s still time to download the first edition.

Children are the keys to our future. Discover what debut author Sharon Ledwith means with a post on Sloane Taylor’s blog

Check out writing tips from a young Barack Obama at this link.

Doug Bremner reports that a target goal was reached with a donation from one of the Atlanta-based interns Philip Ehrenberg. Keep pledging to get on the list of updates and to help them move toward the goal of raising $2000 for post production. See you at Cannes!

The Bookie’s Runner by Brendan Gisby is available in paperback Amazon.uk. This elegiac portrait of a father will make the perfect Father’s Day gift.

How do you frighten a horror writer? It’s no easy feat, but Catherine Cavendish reveals all in this post.

Stephen Pearl will be at the Guelph Faery Fest June 22-24. He will be doing readings from Nukekubi and some of his other fantasy works as well as signing all of his books.

My News for the Week:

On heels of the success of Cougars and Studs, two more ebooks in the series,Cougars and Studs 2: More Tales of Older Women and Younger Men and Cougars and Studs 3: Men on the Hunt are now on sale at the Amazon Kindle store. Thanks to everyone who took part in the June 9-10 free promotion weekend!

Fifty continues to be steady in sales since its February 2012 Kindle release. At least a dozen additional copies were downloaded the last three weeks of May.

Tim Kreider was born and educated in Baltimore, Maryland. His cartoon The Pain — When Will It End? ran in the Baltimore City Paper from 1997 to 2009 and also appeared in The New York Press, The Stranger, Philadelphia Weekly and other alternative weeklies. Fantagraphics has published three collections of his work, The Pain — When Will It End? (2005), Why Do They Kill Me? (2006), and Twilight of the Assholes (2011).

He was featured in Ted Rall’s anthology Attitude 2: The New Subversive Alternative Cartoonists (2004). His essays have appeared in The New York Times, Film Quarterly, and The Comics Journal, and have been frequently anthologized.

Tim Kreider has been stabbed in the throat in Crete, ridden the Ringling Brothers circus train to Mexico City, addressed the Forum on Outer Planetary Exploration 2000-2020 at the Lunar and Planetary Science Institute in Houston, attended a friend’s gender reassignment surgery in Wisconsin, and appeared on ABC’s Nightline and World News Online in futile defense of the late planet Pluto.

He divides his time between a turret in New York City and an undisclosed location on the Chesapeake Bay. He has written a collection of essays titled We Learn Nothing which will be released June 12 by Free Press at Simon & Schuster.

The Pain: When Will It End? thepaincomics.com

The Book Shelf
Create a free website or blog at WordPress.com.